Father Witold Antoni Samsonas was summoned to the office of the Soviet Socialist secret police, the MGB (Ministry of State Security Ministerstvo gosudarstvennoy bezopasnosti), on January 28 1961.  He later returned to the church but that evening, his mother found him in a pool of blood, murdered, but the MGB falsely claimed that he had killed himself.  VIVA CHRISTO REY!  Niech zyje Chrystus Krol!

Heroes of World War II:  Witold Pilocki, a volunteer for Auschwitz.  He volunteered to be rounded up and arrested to gather intelligence inside Auschwitz

One of the greatest heroes of WW II, Witold Pilocki was one of the founders of a secret Polish Army, who volunteered to be rounded up and arrested to gather intelligence inside Auschwitz.

Although Captain Pilecki, a Roman Catholic Pole, excapedAuschwitz death camp, he was eventually captured and arrested on May 8, 1947, by secret police agents of the Soviet social Ministry of Public Security, the MGB.

His show trial took place on March 3, 1948.  He was sentenced to death on May 15 and on May 25, 1948 he was executed by a shot in the back of the head.  Piotr Smietanski … infamous as the butcher of Mokotow Prison … was his executioner.

His burial place was never found.

To read this incredible story by his own hand, read:  WILTOLD PILOCKI’s REPORT which is posted at the following link:

Soviet Socialists deported an estimated 2,636,000 Poles (mostly Catholics and imprisoned and/or exiled them to the inhospitable wastelands of the Siberian tundra in the winter of 1940.  The Polish deportees were called Sybira.

From the Files and Photographs of Theresa Marie Moreau.  To see these stories:  http://www.theresamariemoreau.com   blog

Father Daniel Dajana shot to death at 6 o’clock in the morning on March 4, 1946, behind the Catholic cemetery of Scutar.

Under the dictatorship of Enver Halil Hoxha Albania’s Catholics suffered severe persecution.  Father Daniel was arrested in December 1945.  He was sent to solitary confinement for two months and tortured.  He was sentenced to death on February 22, 1946.

Sister Andrzeja (born Maria Ossakowska), along with her Mother Superior Jadwiga Gano and about 200 residents of Lubieszow, was burned alive during the raid on the town, November 9, 1943 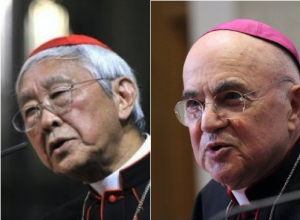