Pope Paul III 1468-1549 who feared that the “spread of Protestantism would weaken papal authority”  (Wiki).

He was the last of the Renaissance Popes and the first of the Counter Reformation, and he wrote the encyclical Sublimus Dei:  On the Enslavement and Evangelization of Indians:

Sublimus Dei:  On the Enslavement and Evangelization of Indians:

The sublime God so loved the human race that He created man in such wise that he might participate, not only in the good that other creatures enjoy, but endowed him with capacity to attain to the inaccessible and invisible Supreme Good and behold face to face;  and since man, according to the testimony of the sacred scriptures, has been created to enjoy eternal life and happiness, which none may obtain save through faith in our Lord Jesus Christ, it is necessary that he should possess the nature and faculties enabling him to receive that faith;  and that whoever is thus endowed should be capable of receiving that same faith.  Nor is it credible that any one should possess so little understand so as to desire the faith, and yet, be destitute of the most necessary faculty to receive it.  Hence Christ, who is the Truth itself, which has never failed, and never can fail, said to the preachers of the faith who He chose for that office:

“Go and Teach all Nations”  He said ‘all without exception’ , for all are capable of receiving the doctrines of the faith.”

St. Catherine Tekakawitha was a member of the Algonquin Mohawk tribe of American Indians.  Smallpox swept through the tribes, and, her parents died. She survived with many scars all over her body and face.  She converted to Catholicism at age 19, and, died at age 24.  She was known as ‘The Lily of the Mohawks’ for her purity and when she died, all her scars disappeared, leaving her face with an unearthly radiance and beauty.

“The enemy of the human race, who opposes all good deeds in order to bring men to destruction, beholding and envying this [capability of receiving the doctrines of the faith], invented a means never before heard of, by which he might hinder the preaching of God’s word of Salvation to the people:  he inspired his satellites who, to please him, have not hesitated to publish abroad that the Indians of the West and the South, and other people of whom We have received recent knowledge that they  should be treated as dumb brutes created for our service, pretending that they are incapable of receiving the Catholic Faith. 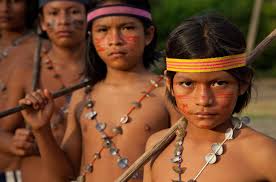 We, who, though unworthy, exercise on earth the power of our Lord in certain matters.  We seek with all our might to bring these sheep of His flock, who are outside the flock, into the fold, committed to our charge.  We consider that the Indians are truly men and they they are not only capable of understanding the Catholic Faith but, according to our information,  they desire exceedingly to receive it. 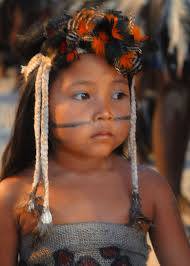 Desiring to provide ample remedy for these evils, We define and declare by these Our letters, or by any translation thereof signed by any notary public and sealed with the seal of any ecclesiastical dignitary, to which the same credit shall be given as to the originals, that,

notwithstanding whatever may have been or may be said to the contrary, the said Indians and …

all other people who may later be discovered by Christians, are by no means to be deprived of their liberty or the possession of their property, even though they be outside the faith of Jesus Christ; and that they may and should, freely and legitimately, enjoy their liberty and possession of their property;  nor should they be in any way enslaved …. should the contrary happen, it shall be null and have no effect.

By virtue of Our apostolic authority we define and declare by these present letters, or by any translation thereof signed by any notary public and sealed with the seal of any ecclesiastical  dignitary, which shall thus command the same obedience as the originals, that the said Indians and other peoples should be converted to the faith of Jesus Christ by preaching the word of God and by the example of good and holy living.”

5 thoughts on “Roman Catholic Dogma: Indians and Other Peoples Should be Converted to the Faith of Jesus Christ : Sublimus Dei PP III”