Gloria Polo was a Colombian Orthodontist who was walking with her husband and nephew to pick up books at the School of Dentistry on a Friday, about 4 PM  when it started to rain.

“My husband was wearing his raincoat and he approached the outside wall of the General Library.  It was getting darker and the rain became harder.  My nephew and I approached some trees, without noticing.  We were jumping puddles.  As we were about to skip to avoid a huge one, we were struck by lightning.

My nephew was killed  instantly.  In my case the lightning burned my body in a horrifying way.  The body you see here, this reconstructed body, is through the mercy of God.

I did family planning using the copper-T-intrauterine device.  Therefore copper, an excellent electrical conductor, charred me.  I was left in cardiac arrest, lifeless, my body jumping from the electricity that remained in it.”

At that moment Gloria Polo was clinically dead.

“I heard my husband’s voice.  ‘Gloria, don’t go’!  He cried with deep emotion.

“I saw a sun, a beautiful light.  I call it white to name a color because no color on earth is comparable.  I was going down, when suddenly God allowed me to come back.  I started descending slowly to find my body , which I found lying on a gurney at the Medical Center on Campus.  I saw how the Doctors defibrillated me to bring me out of cardiac arrest.

And  I saw a huge mouth opening up and  felt an immense emptiness.  The mouth sucked me in and I felt terrified.  I knew that if I went any more, my soul  would die.  In the midst of that horror, as I was being pulled in, my atheism fell to the wayside.  I started clamoring for the souls in purgatory to get me out of there.  As I was shouting I could see that there were thousands and thousands of people there.

I started screaming “Take me out of here.  I’m a Catholic!”  As I was shouting I suddenly heard a precious voice sing out to me:  “All right, if you are a Catholic, tell me the commandment’s of God’s law.”   I knew there were ten, but nothing beyond that.  My mom had always told me about the first commandment about God’s love.  Finally my mom’s “chatter” would become useful.  I said “Love God above all things and love your neighbor as yourself..”  And I heard “have you loved them?”

“No you haven’t.  You made a god that you adjusted to your life only when in desperate need!  Whenever you needed money you would say a quick rosary  That was your relationship with God”

I was shown how, as soon as I got my degree and made a name for myself, the Lord became too small for me.

I heard the voice again.  “You placed your Lord beneath Mercury and Venus whom you entrusted with your luck.  You were blinded by astrology, thinking the stars ran your life.  You forgot grace.  You forgot that you had been ransomed by your Lord’s blood.”

I was then given a test on the Ten Commandments, and, they made an analysis of my life based on the ten commandments.  They showed me how with the same tongue with which I blessed the Lord, I would lash out against everyone.  They showed me that I was full of envy and how ungrateful I was.  I never recognized my parents’ love and selfless effort to see me through college, to raise me …..

When we came to the fifth commandment, Jesus told me that I was an assassin and that I had committed the most abominable crime of abortion.  Money had empowered me to pay for several abortions.  I could see below me a fourteen year old girl who had aborted because of what I had taught her.

I saw other girls, one I remembered clearly.  One day my nephew’s  girlfriend had come to my office and in tears told me “Gloria, I’m just a baby and I’m pregnant.”

Didn’t I teach you to contracept?  She replied, “yes, it didn’t work!”  I should have talked to her, I knew, but,   I gave her the money for an abortion.  I had sponsored several abortions.

The Lord told me that each time the blood of a baby is spilled, it’s like a holocaust to Satan.  I saw how souls are formed the moment the sperm and the egg touch.  A bright spark is formed.

Northwestern University researchers have seen this reaction in mice and recently seen it for the first time in humans:     https://youtu.be/BJ2x_5MSuyg

When there is an abortion, that soul screams in pain even though it has no flesh.  That cry is heard and heaven shakes while an equally strong cry is heard in hell.  Then some sort of seals break loose in hell and larvae come out to continue prowling around humankind, keeping it enslaved to the flesh.

One demon is released each time as the price for the shedding of innocent human blood.

After the Lord finished with the ten Commandments I had deep sorrow.  I lifted my eyes and they met the eyes of my mom.  With intense pain I cried out to her:  “Mommy, how ashamed I am.  I was condemned, mommy!  I will never see you again.  At that moment, I was granted a grace.  Mommy’s eyes looked at mine and I could see her fingers moving past them.  They pointed upward.  Something fell from my eyes.  I started to cry.  ‘Jesus Christ, have pity on me!  Forgive me, Lord!  Give me a second chance!’ Then something happened!

The Lord came and pulled me out of that mouth.  “You will go back” He said.  He told me that I was to spend the rest of my life telling people about my experience. “You will repeat this story 1000 times and woe to those who don’t change their ways despite having heard you, because they will be judged much more severely, just like you will when you come back here again because “the worst deafness is that of a man who refuses to hear.”

I was told it was not my family who had saved me, but a complete stranger who had a heart full of love. 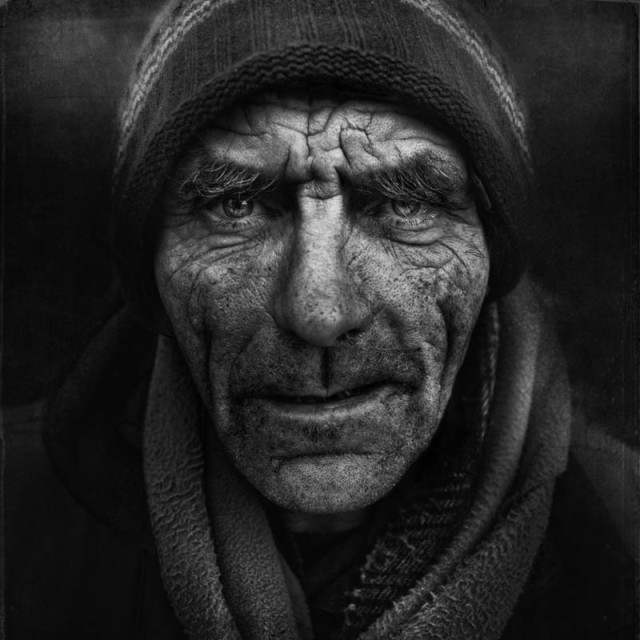 I saw an old man!  The Lord said:  “That person you see right there loves you so much and he doesn’t even know you.  After you were struck by lightning your picture and the story were in the newspaper.  That old man is a poor peasant who lives in the foothills of the Sierra Nevada de Santa Marta  (northeastern Colombia).  He had gone into town and bought a sugar cane to eat.  They gave it to him wrapped in that newspaper.  He saw your picture and he said “Father, Lord, have compassion on my little sister.  Lord, save her.  If you save her, Lord, I promise you I will go on pilgrimage to the Shrine of Our Lord in Buga (southwestern Colombia), please save her.”

The testimony of Gloria Polo is available free of charge.  The above information was taken from  one of the interviews done by Dr. Gloria Polo  by Radio Maria  (Colombia)