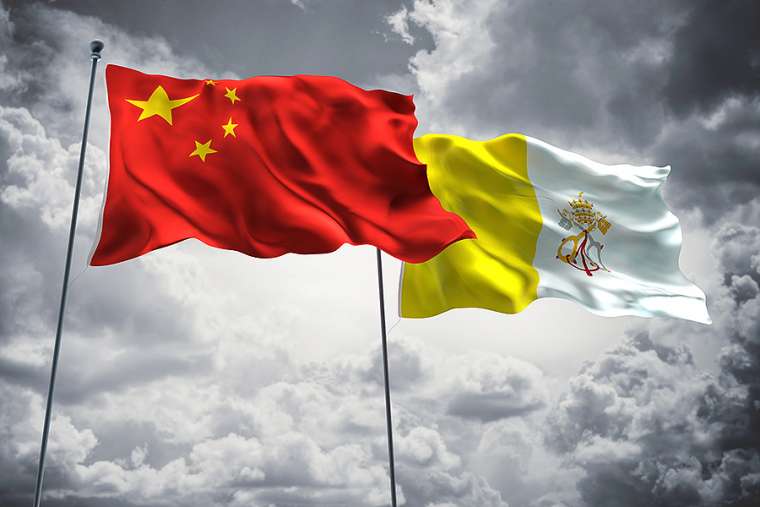 AsiaNews.it   Drawn from the news report of:  John Baptist Lin

The Chancellor of the Diocese, Father Xu, was also taken away.

Monsignor Guo, 59, is the ordinary Bishop of the Diocese, recognized by the Vatican, but not by the government.  In recent months he had been approached by Vatican diplomat Archbishop Claudio Maria Celli, who had asked him to step aside and allow the seat of the Diocese to be occupied by excommunicated Bishop Monsignor Vincent Zhan Silu, who is recognized by the government.

Monsignor Guo has remained faithful to his Ordination as a Roman Catholic Priest, an ambassador of Christ on earth, and for this he must suffer imprisonment, with a high chance of further punishment … as is consistent with the treatment given by the atheistic Communist Government to Catholics.

Pope Francis has already spoken on the matter, giving his consent to the removal of the true Bishop and the replacement by an apostate.  He has come to agreement with the Communist Dictator Xi Jinping.

Yesterday at 3PM local time, Msgr. Guo was called to the Office for Religious Affairs, the department which oversees all religious affairs in China.  Here he was held for a two hour meeting.  The content of the meeting is not known.

However, it can be assumed that Monsignor Guo refused the offer again, of working under an apostate, and, made know to his captors that he planned to say his Easter Mass, for at 7 PM he was allowed to pick up some luggage, and at 10PM he was taken away.

He had already disappeared in police custody last year, just before the Easter holidays, only to reappear 20 days later.

According to some of the faithful who spoke, the Bishop was kidnapped after refusing to concelebrate during these Easter holidays with illegitimate apostate Bishop Zhan Silu.

and Father Xu, Chancellor who also was arrested