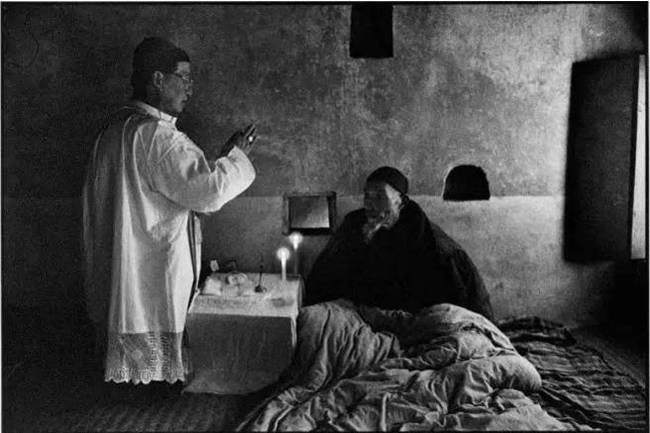 Photo:  Underground Chinese Priest 1990:  He denied himself and took up his cross ….

To be a chaste Priest is likened to standing on the vault of heaven!

Chastity requires strong generous natures in a priest.   It is like pole vaulting over the stream of earthly pleasures, directing the chariot of the soul upwards from the earth, not turning aside the aim, and, then acquiring swiftness of thought which makes one lightly bound above the world, taking his stand upon the vault of heaven.

Chastity alone accomplishes this.  It brings it about that the souls should be governed in the noblest and better way.  It sets the soul free and pure from the stains and pollutions of the world.

When Christ became incarnate, and armed and adorned His flesh with virginity, the savage tyrant of incontinence was taken away, and peace and faith began to have dominion.  Men learned to abandon intermarriage with their sisters, and having many wives.  They learned that they were not brute beasts.

Without priests, the alter Christ for mankind,  whose souls are luminous with chastity and who knew that they were ordained priests with the bright shining character of the Cross forever embedded in their soul when the oil of Ordination was fresh upon them, the world will be populated again with brute beasts as it was before Christ was born.

We are almost there now as uniformed men in black roam the earth.  Men, women, and children live trembling with fear of them who have erased the light of sanctifying grace within them.

If they ever had learned about it once upon a time!!

“In heaven there is no marriage”  Therefore the happiness there exceeds a happiness unknown to mankind.

Go ye therefore, a new band of virgin priests for the present age!  Teach us about the jewel of chastity.

Go, lightly leaving aside the fascinations and pleasures of life which confuse and bewitch the souls today …

“Whoever wants to be my disciple must deny themselves and take up their cross and follow me” Matthew 16:24 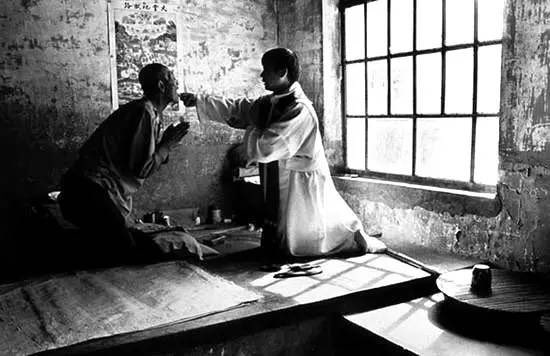 Chinese Underground Priest in early 1990.  He denied himself and took up his cross.