General Enrique Gorostieta Velarde had been a life long anti cleric- until the Mexican Government persecuted the Catholic Church and outlawed the Sacraments.

Recruited to lead the Cristeros, soldiers of Christ, during the Cristero war (1926-1929) he led his men in the civil revolt that resulted from the anti-Catholic policies pushed under President Plutarco Elias Calles, who enforced the anti clerical articles of the Mexican constitution of 1917 which sought to eliminate the power of the Catholic Church.

Through his leadership, he changed the ragtag armies into a united force, which he headed, until his death, on June 2, 1929.  He was shot by a Federal soldier. 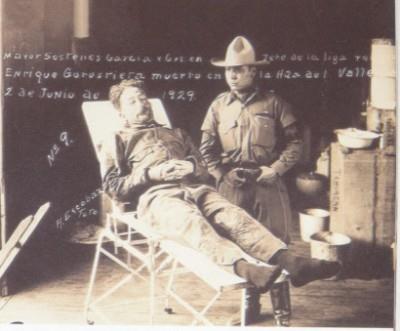